What is a Nano-Influencer on Instagram – A Comprehensive Guide

A person who has gained the trust of Instagram followers by posting exciting content and is regarded to be an expert in one of the niches is called an influencer. Marketers divide influencers into several tiers and nano-influencers feature the smallest audience in comparison with others.
In fact, every person who has an Instagram account, a large following that exceeds 1k people, is popular with other users and receives many likes, comments, and saves can be a candidate for the title of a nano-influencer.

There are two types of such influencers:

How Many Followers Do Nano-Influencers Have?

It is not a secret that this influencer tier has the smallest number of followers. Their community usually consists of subscribers whose number is between 1k and 10k people. It means that every user who has created a large community and partnered with a company can be called a nano-influencer. Moreover, these are people whose engagement rate is the highest and reaches 5% and more on average. Usually, they are experts in a tiny niche and share the same interests as their followers. 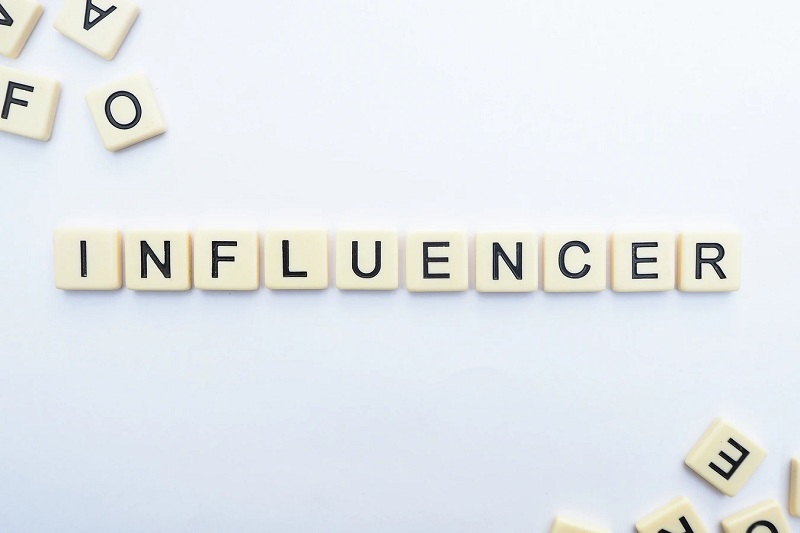 Influencer marketing (IM) latest statistics provided in the report of HypeAuditor says that 85.4% of all influencers registered on Instagram are nano- and micro-influencers with the audience between 1k and 20k people. It means that brands have a wide selection of accounts to choose from, but do they have a clear idea of how micro-influencers differ from nano ones? They do have much in common, but there is some difference too.

How Nano-Influencers Can make Business Grow

60% of IM campaigns had a budget under $10k and many of them have been conducted with the help of true brand connoisseurs who are also nano-influencers. Why do companies hire people who work in IM? There are several ways how they can help companies:

How Much Money can Nano Influencers Charge? 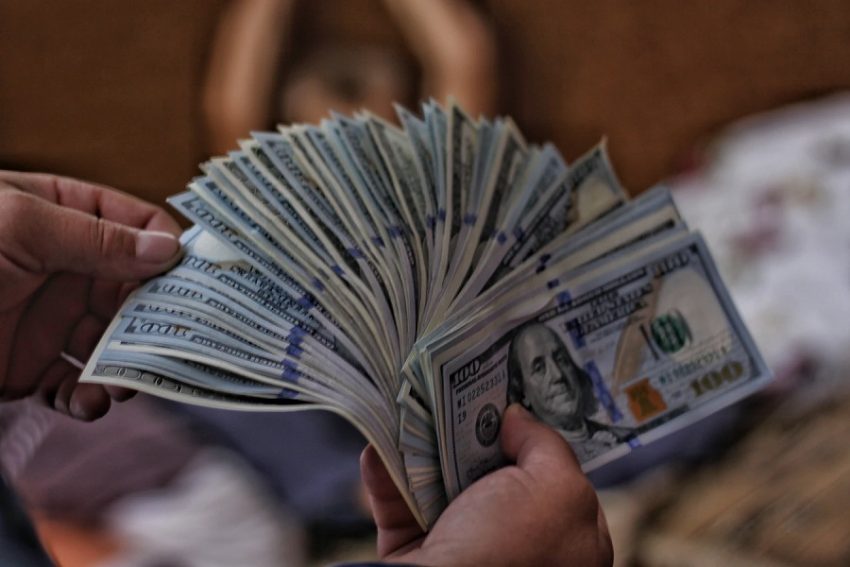 Why do more companies try to cooperate with nano and micro-influencers first of all? One of the most apparent reasons is higher ROI with lower fees. It is possible not only to save on working with representatives of the lowest tier but even to advertise your brand free of charge. Devoted connoisseurs of some brands agree to advertise their products taking them as gifts, exchanging for reposts, or other benefits. It means that companies can attract new clients with minimum investment.

When it comes to monetary rewards for IM, the average payment rate for one Instagram post is $10 per 1k followers.

According to the research conducted by Klear, there is a difference in payment amount depending on the way this advertisement is represented to the audience. Influencer rates with 500-5k followers at the beginning of 2019 looked as follows:

How to Collaborate with Nanoinfluencers 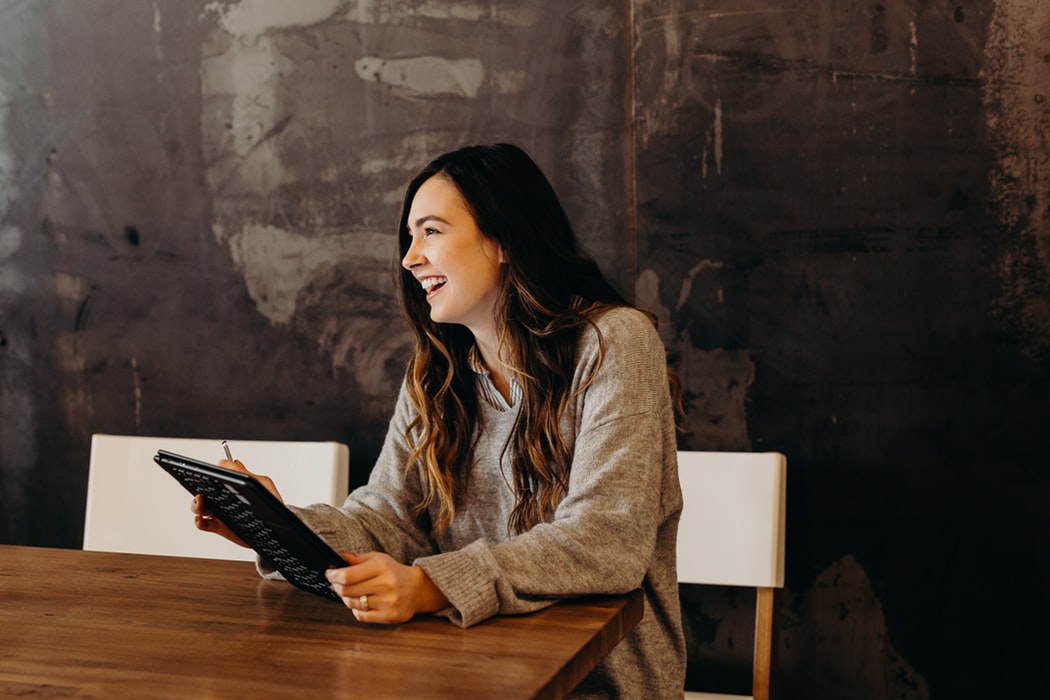 Instagram marketing differs from other types of strategies used by advertisers. It is necessary to be aware of how to organize an efficient campaign on this social media platform and how to collaborate with people who have no or minimum of advertising experience as well as add posts for their own pleasure. Here are several approaches of how to start cooperation with nano-influencers:

1. Send them brand products to get a review

Word-of-a-mouth marketing is a powerful tool that brings about great results, especially if used by influencers. Nano-marketers on Instagram are not spoilt by many offers, so they would happily accept one of the company products and make a review. Such content will look natural and increase brand awareness significantly. Moreover, company representatives can read comments and check the efficiency of this way of cooperation easily.

Many global brands choose ambassadors to make product promotions more authentic. It means that an influencer will be the face of your brand on social media. Some ambassadors also visit brand events and add brand profile links to their own bio to show others that they are true fans of one or another company.

It is a common truth that discounts encourage people to make a purchase more than anything else. Statista says that 93% of people who make online purchases use coupons and discounts at least once a year. The reason for that is a desire to save on the bargain. Brands can provide influencers with such a unique promo code with a discount for company products too and control the ROI thanks to that without much effort. Influencers are happy to accept such exclusive offers since they can boost engagement in this way too, so they refuse rarely.

Who does not like free gifts? It is not a secret that giveaways attract a lot of attention on social media and contribute to the growth in engagement rate. It is also a great way to increase the reach of the target audience encouraging followers to mention other users in the comments. Nano-influencers are happy to get such offers since they get their own benefits in return too.

Modern Instagrammers tend to trust influencers 10 times more than advertising. They feel when content is not natural, so it is better to entrust influencer with an opportunity to develop unique content in his or her own style. Moreover, people want to ensure that others also appreciate this brand and user-generated constant can be evidence of this fact.

Being active on Instagram and a big list of followers is not guaranteed that you will get the title of a nano-influencer. However, there are people who have achieved success in this niche and this top list looks as follows. 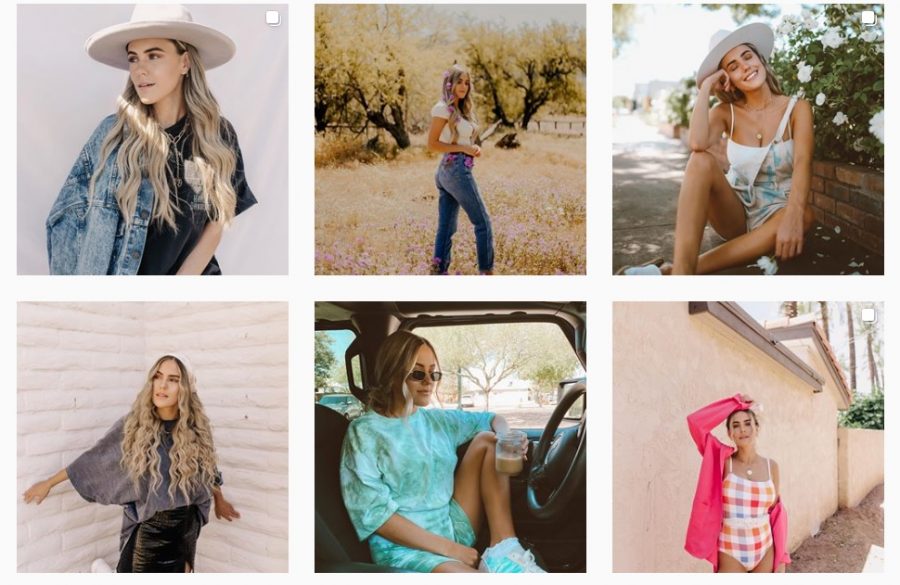 With over 8k followers on Instagram, this lady from Salt Lake City has received recognition as a beauty expert from her followers. There are Story Highlights in her profile bio and many popular brands have already cooperated with Megan. 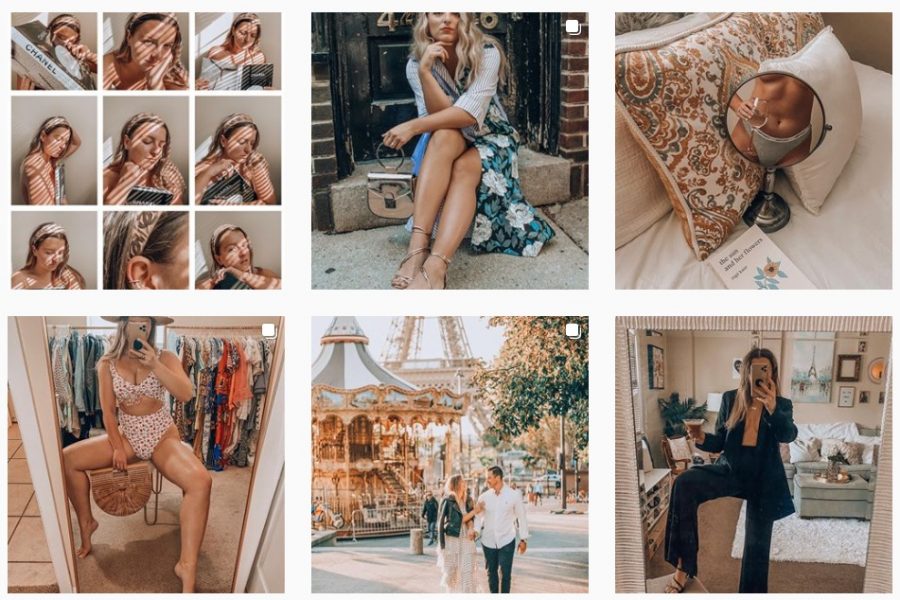 This is an account of blogger Reannion Jean who writes about fashion and style. Currently, there are around 6k followers and experience of cooperation with multiple small brands. 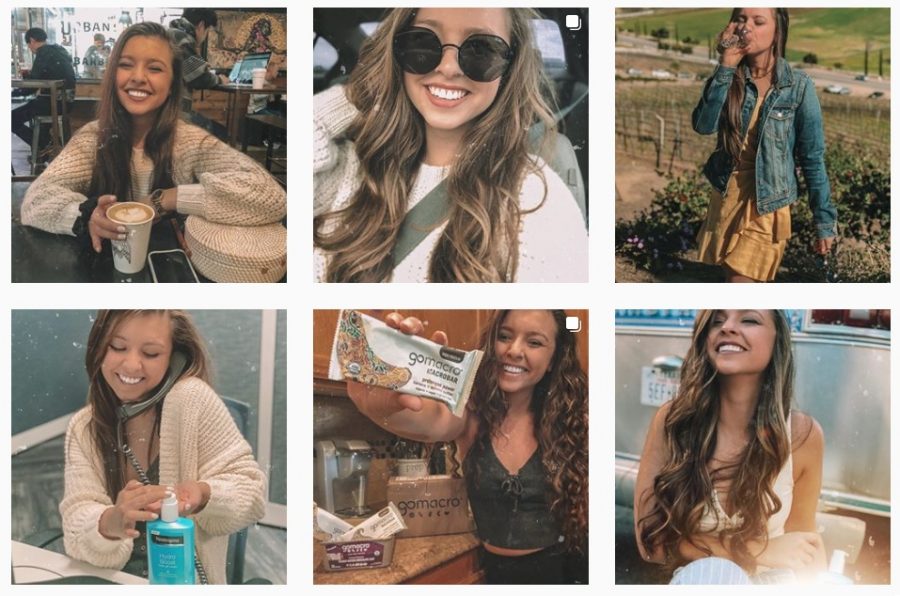 Despite only 4k followers subscribed to her Instagram account, Hailey features an unbelievable engagement rate of around 21%. She can boast not only several sponsored posts but also long-term partnership with famous companies. 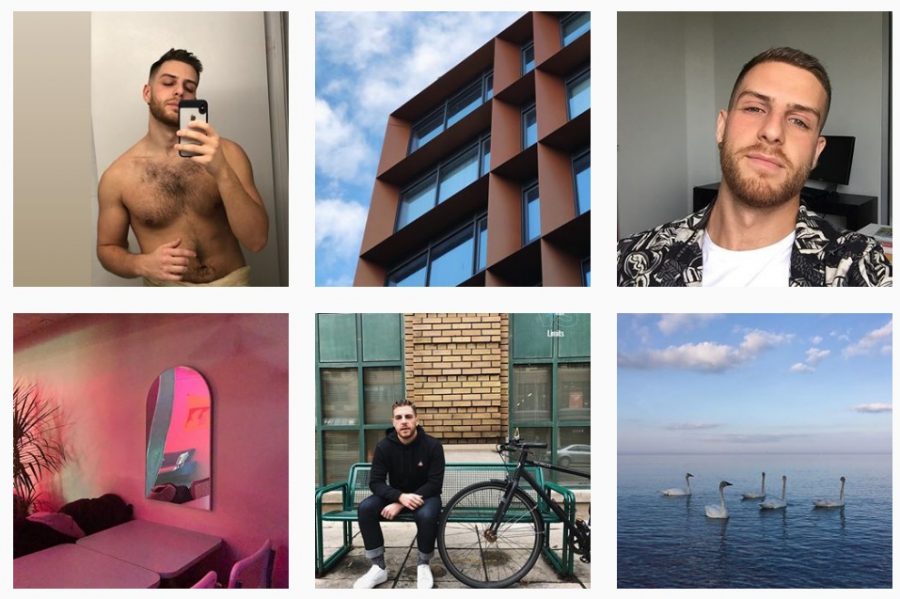 A Canadian influencer who works as IN-Magazines Director of Marketing and Sponsorships has already attracted almost 9k followers and cooperated with such famous brands as Nike and Topman Canada. 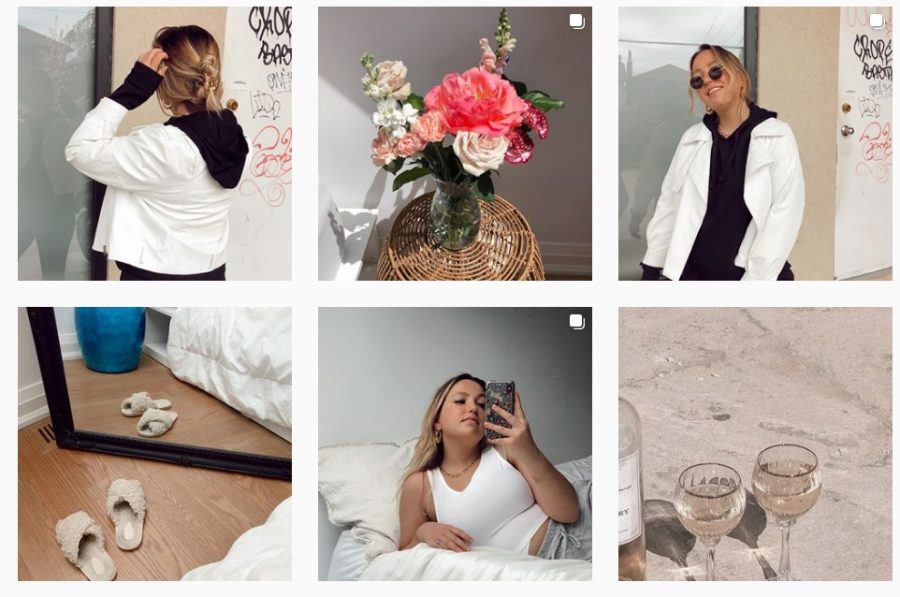 The follower number of this travel and fashion blogger has already beaten a 9k threshold. Calling herself psychologist in training she creates exciting content appreciated by many people.

Since nano-influencers constitute the biggest percentage of social marketing specialists, you can find many examples of successful advertising campaigns with their participation.

This company is well-known all over the world, but it decided to attract nano-influencers when it launched a new product called Exfoliating Body Polish. It managed to increase awareness about a new product giving it to influencers. Those ones who liked it should have added a link to the product to the bio. One of such influencers is Ritso Yipsa with 1.3k followers.

Another globally renowned brand launched the POD campaign. It has hired around 400 nano-influencers interested in interior design. They took photos with the company catalog of 2019 and it has boosted sales of this catalog immensely.

Haven’t you tried the famous Big Mac? The company decided to celebrate the 50th anniversary of this burger with a campaign powered by both nano and micro-influencers. The last ones have received Big Mac coins and awarded their followers with them since they can be used for purchasing another burger.

Pros&Cons of Working With Nanoinfluencers

Like any other type of marketing, social advertisement created by nano-influencers has both its positive and negative sides. When it comes to the benefits brought about by this cooperation, they can sound very convincing for some companies:

Working with influencers of the lowest tier has its drawbacks as well:

Experts predict that the IM budget will soon reach $101 billion and a good deal of this money will be handed to nano-influencers – the most numerous tier on Instagram. As you can see from this article, this type of marketing gets more popular since brands switch from celebrities to personalities whose audience brands target and who have high ER. It means that despite possible drawbacks nano-influencers will be in great demand in the upcoming year and the closest future, so why not create an Instagram account right now and start building your audience? 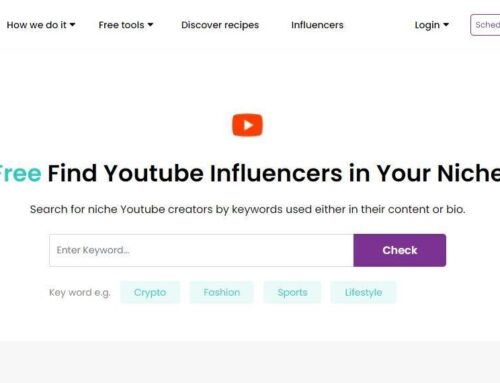 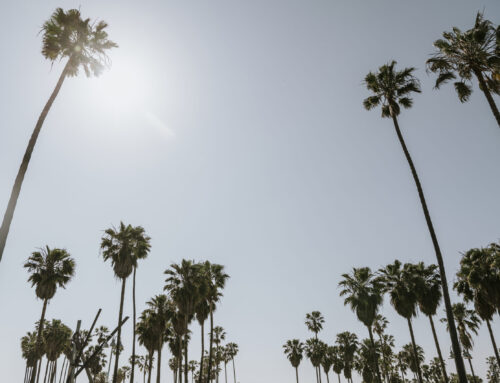 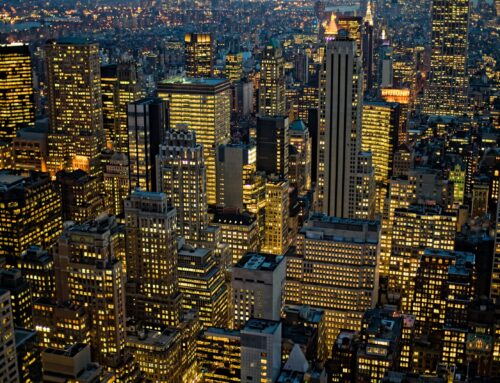 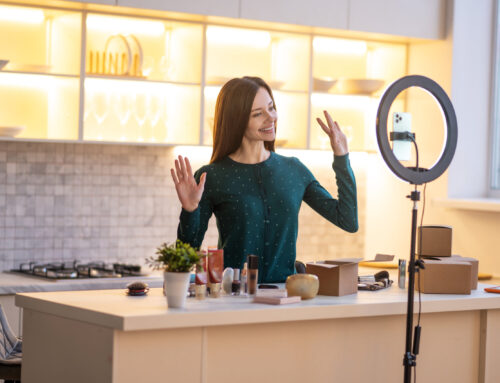 Ways to collaborate with influencers Gallery

Ways to collaborate with influencers